The Jewish world of dating and relationship is abuzz with talk of the new hit web series, Soon By You.  Think “Friends” for Modern Orthodox singles.  If you’re too young to understand the Friends reference, or I’m too old to have mentioned it, check it out on Netflix!

Soon By You centers around six Modern Orthodox Jewish singles living in Manhattan.  Bye bye Chandler, Monica, Pheobe, Ross, Rachel and Joey (you are so 90’s… and so not Modern Orthodox, lol!)  and hello to Sarah F., Sarah J., Noa, Ben, Z and David.  In the first episode an artist is set up with a narcissistic lawyer type and ends up accidentally or fatefully (we shall see….) spending her time talking to a Rabbi outside a bathroom.   The attention the show is garnerin is nothing short of phenomenal!  Finally, observant singles have a show about them!

While my mother in law, Esther and I watched Soon By You, we couldn’t help but think, “How many guys just like David, or women just like Sarah F. have walked through our Navidaters door looking for a little support, encouragement, feedback or guidance?”  Esther and I are psychotherapists and dating/relationship coaches.  We work with singles, just like Sara J., Ben and the rest of the gang as they navigate the dating terrain.  We thought it might be interesting to have a platform to share our clinical insights into the behaviors and decisions of these wonderful and sometimes complicated characters as well as talk about the hot topics the show naturally generates. 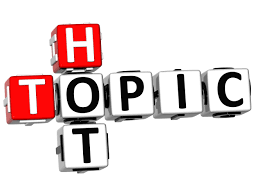 From there, the idea snowballed into sitting down with cast members, who also happen to be co-producers.  In our after show we give you, the Soon By You viewer an opportunity to ask any dating or relationship question you may have, related to the show or not… and a chance to get to know the cast in a new light!

In Episode 1 of the After-Show we sat down with co-producer and male lead, Danny Hoffman and discussed the hot topic of CHEMISTRY.

No…. not that kind of chemistry!

Now that’s more like it!!  His character, David has a palpable connection with Sara F., a woman whose date he accidentally hijacks.

We have a great chat with Danny all about the pressure placed upon women the world over, but specifically in the shidduch scene, where great emphasis is placed on body type.  His insights were wonderful and refreshing… and my mother in law and I had a blast breaking out of our comfort zones. (Did you know we aren’t trained actresses?  Ha!)

During Episode 2, we sat down with Leah Gottfriend, the creator of Soon By you, co producer and leading lady!  I get such a kick of her character Sara Jacobs, a vivacious go getter who has a tendency to be slightly self absorbed… but in the most adorable way.  We spoke about the tremendous pressure that singles of all ages are feeling.  The takeaway was to live your best life, develop your hobbies and figure out who you are… and make no apologies for it!

We decided we look a little “Shabbos glam” meets Kiki Rikki Beach and revamped our look for Episode 3! (Haha!)

Here’s a little inside scoop….  Both Leah and Danny are two of the sweetest, kindest and most professional people we have ever met!  I have so much admiration for their vision and creativity.  Like you, we are anxiously awaiting the release of Episode 3!  Happy Navidating!

Esther Mann and Jennifer Mann are licensed psychotherapists and dating and relationship coaches practicing in Hewlett, NY.  To book a face to face or phone session call 516.224.7779.  Check out their tailor-made coaching and therapy packages at http://www.thenavidaters.com/pick-your-package/.  Whether it’s a “Date Debriefing” session you desire or you decide to “Drop Your Bags” and begin therapy, The Navidaters aim to meet all your dating and relationship needs.  Check out Esther’s column, Mindbiz in The Five Towns Jewish Times and Jennifer’s Dating Dialogue; What Would You Do If? in The Five Towns Jewish Home.